- Volunteer with us at the Minnesota State Fair! -

Volunteer with Windustry at the 2016 MN State Fair!

It is getting to be that exciting time of year again, and Windustry is seeking volunteers to help out. Last year was a tremendous success, with over 70 volunteers working a combined total of nearly 600 hours. Windustry is asking you to join our team as a 2016 State Fair Volunteer! Just as in past years, Volunteers will support Windustry in our efforts to share information pertaining to wind energy, particularly community wind, through our interactive booth in the EcoExperience building. All volunteers receive free State Fair entry and, of course, a limited edition Windustry State Fair t-shirt!

If you are interested in sharing your knowledge and passion for renewables and clean wind energy with fellow Minnesotans and would like to participate as a volunteer, or if you have any questions regarding the position, please do not hesitate to contact our Volunteer Coordinator Jake at jacob.hay@windustry.org. To sign up directly, use our online form. See you at the Fair! 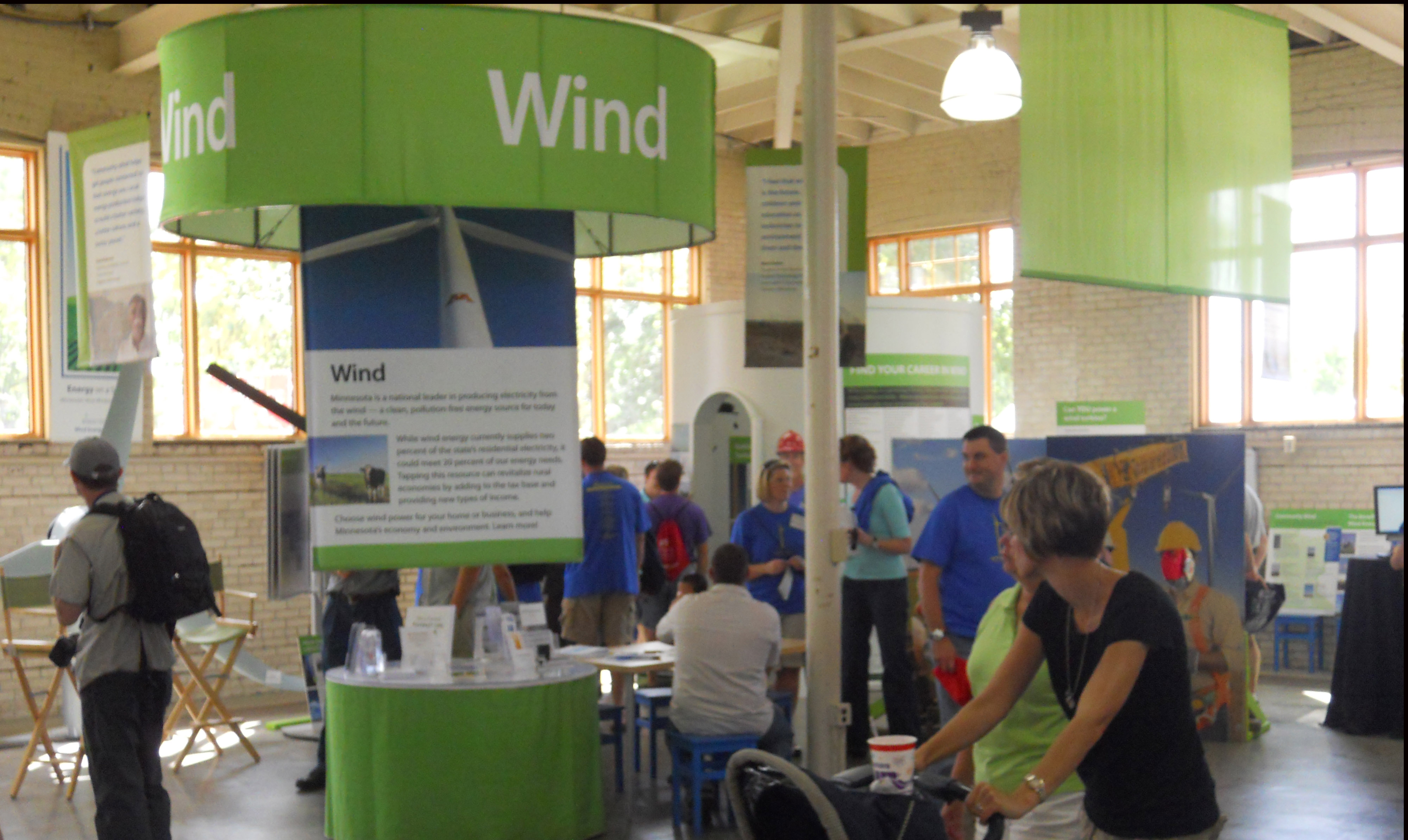 Outstanding in Their Field...

Recently farmers from across the state gathered at the Minnesota Farmers Union in St. Paul. Joining them were members of the state government, including Bill Grant, Deputy Commissioner of Energy and Telecommunications for the MN Department of Energy, Senator John Marty (D, district 66), and House Representative Pat Garofalo (R, district 58B). Also participating in the workshop were experts from across the field who led panel discussions aimed at demystifying the economics, politics, and installation process surrounding renewables. During the open house, attendees were invited to check out the newly installed solar panels on the roof, eventually descending to inhale an awesome pizza lunch made from locally harvested ingredients. Discussions focused primarily on solar energy; however wind received considerable attention as well.

Many farmers came with questions addressing recent activity in the state’s capitol affecting community energy electricity distribution through a program of net-metering, which mimics a similar model to cell phone spillover minutes through which those partaking in an energy coop or IOU can both take from the grid and supply the grid when experiencing a surplus of energy. Others were there to inquire about wind and solar leasing, and, as one attendee put it, “What the heck do I do to make sense of a massive contract given to me to sign by a developer company?” And some, such as Lisa Daniels, Executive Director of Windustry, were lucky enough to score some special pain relief lotion from Farmers Union member David Clausen, a sheep farmer from Pemberton, MN.

Deputy Commissioner Bill Grant and workshop attendees check out the recently installed solar panels on the roof of the MN Farmers Union building.

We would like to congratulate Mia Devine, who received the Community Wind Innovator Award, and Trudy Forsyth, who was presented with the Distinguished Service in Community Wind 201 Award. Pictured below is Windustry Executive Director Lisa Daniels along with the Community Wind Peer Group at the 2016 DWEA (Distributed Wind Energy Association) Conference in Washington, DC, presenting the awards. Read more about the event here.

Mia after receiving her award