Distributed wind is used at or near where it is generated, and has gained a strong footing in the marketplace among commercial, industrial, and utility customers. In total, U.S. wind turbines in distributed applications have eclipsed an installed capacity of more than 934 megawatts – from more than 75,000 turbines across all 50 states, the District of Columbia, Puerto Rico and the U.S. Virgin Islands. 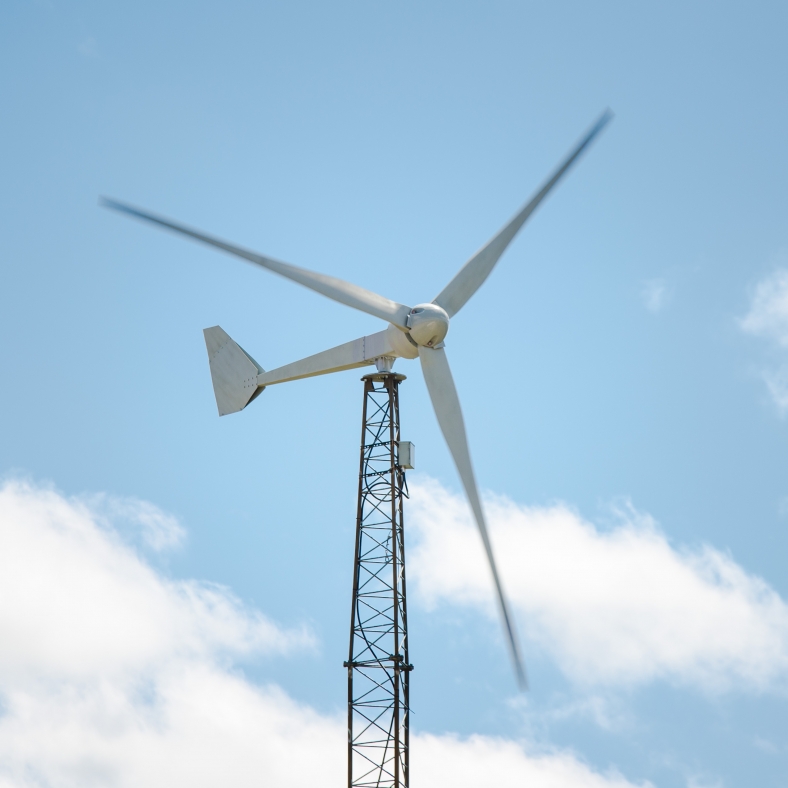 Pictured above is the Excel 15 wind turbine. This innovative turbine is anticipated to be 40% more efficient than Bergey’s 10 kW turbine, produce 85% more energy, and be sold at a similar price point. Photo Courtesy | Bergey Windpower

Bergey Windpower, a leading American manufacturer of small wind turbines for residential and commercial applications, recently announced a new product, the Excel 15 wind turbine. This innovative turbine is anticipated to be 40% more efficient than Bergey’s 10 kW turbine, produce 85% more energy, and be sold at a similar price point. These factors lead to a significant reduction in levelized cost of energy (LCOE), the benchmark of competitiveness for energy generation technologies.

Over a three-year period, the advanced technology was developed with support from DOE under the Wind Energy Technologies Office’s Distributed Wind Competitiveness Improvement Project (CIP).

The CIP is a periodic solicitation funded by DOE and administered by its National Renewable Energy Laboratory. Manufacturers of small and medium wind turbines are awarded cost-shared contracts via a competitive process to optimize their designs for increased energy production, develop advanced manufacturing processes for reduced hardware costs, and perform turbine testing for certification to national performance and safety standards.

The Wind Energy Technologies Office has supported the development of technical standards for the voluntary testing and certification of small wind turbines to performance and safety criteria. These certification standards allow manufacturers to communicate consistent, 3rd-party validated information to consumers, which in turn increases consumer confidence. Currently, the Excel 15 is undergoing certification testing with support from CIP.