“America cannot build a 21st Century energy economy with a mid-20th Century electricity system. This is why the Obama administration is investing in projects that will lay the foundation for a modernized, resilient electrical grid,” said Chu in a keynote address at the GridWeek 2009 Conference. “We can drive the evolution to a clean, smart, national electricity system that will create jobs, reduce energy use, expand renewable energy production, and cut carbon pollution.” 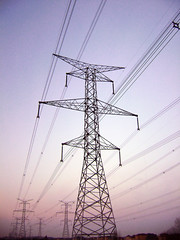 Chu outlined five areas for enabling grid modernization including renewable integration, system transparency, load management, energy storage, and cyber and physical security. He also offered examples of solutions in those areas, such as how to offset the variability of wind and solar generation through improving pumped storage systems where hydroelectric capacity can be stored in higher reservoirs for load balancing to meet peak demand periods.

Chu announced several programs funded by the American Recovery and Reinvestment Act to help advance the vision of moving to a new smart grid:

View a full list of states and award amounts.